Prepare your own rhubarb manure – Down with aphids!

The rhubarb is a very interesting plant. Often used in sweet dishes, it is considered as a fruit when it is actually a perennial vegetable which is appealing both for the garden and the gardener.

You will use only the stalks in the kitchen. But do you know that the leaves are useful too? Not in the plate (even if my goat Zilla does love them a lot) but in the garden as manure, especially as an insecticide against black aphids and the leek moth or as a pesticide against slugs.

How to prepare your rhubarb manure 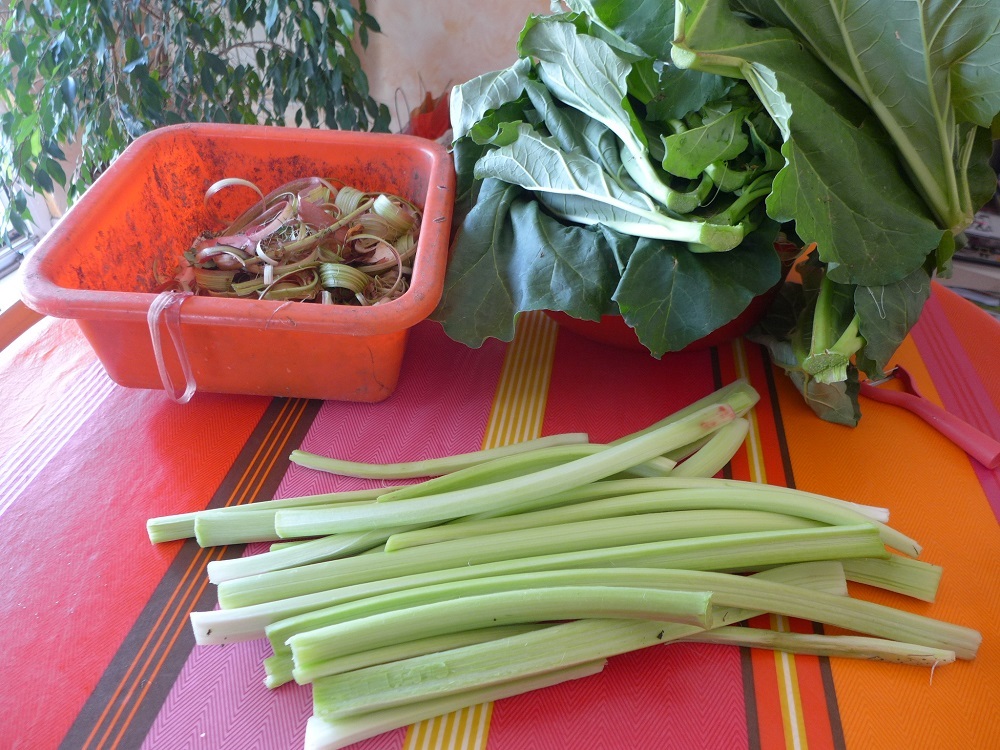 Everything is good in the rhubarb : the stalks in the kitchen, the leaves in the garden – (c) Mantis /V.Bouillot

How to use rhubarb manure as an insecticide

Spray the manure undiluted on the plants that need to be treated against black aphids or the leek moth. You can use the rhubarb manure on rose bushes, fruit trees, bushes, flower plants and other perennials and garden plants. All of those being the privileged field for aphids. It can also be used on leeks contaminated by the moth.

How to use rhubarb manure as a pesticide?

You will use the manure diluted – 1 volume of manure for 5 volumes of water – to prevent or to fight against the invasion of slugs. You pour it around the contaminated plants (or which could be contaminated)

How to keep rhubarb manure

You can keep the manure for several months. For that, you need to store it in plastic or glass containers, away from heat and light.

Psst n°1: if you don’t want to make manure or if you have a lot of leaves, you can put them directly on the ground, around the bushes to prevent the growth of weeds for example.

Psst n°2: rhubarb leaves may be useful in the kitchen. Apparently, if you cook them for a few minutes in a pot whose bottom is burnt, it will detach everything.

I have a Mantis Compost Tumbler which is so easy to use. Just put the waste materials in the drum, fasten up the cover and turn the handle the recommended 5 times each day. The rotation of the drum keeps the materials moving and the aeration vents mean no nasty odours. No heavy forking, no mess and good compost within a much shorter time than the standard static plastic composter I had previously. I’m very happy with this product and would recommend it to anyone.

In May I purchased one of your Compost Rollers and I must say that it was the best thing I did. Already I have a batch of lovely compost ready to use. I shall be telling my family and friends about it and giving them your brochure. I will also put it on face book.
Best europe duplicate designer watches british richard mille replica isles online, rolex duplicate manchester shop.